Join us for a memorable Dinner and Movie with American Racing Legend Charlie Kemp which includes a small silent auction of a model of the Winningest Shelby ever, driven by Charlie Kemp! 6:00 pm Cocktails, Meet & Greet 6:45 pm Dinner & Movie on our 22' movie screen. Showing "Ford vs Ferrari" rated PG-13 (due to language that may be considered offensive.) 9:15 pm Re-Introduction of Charlie Kemp including Q & A time. 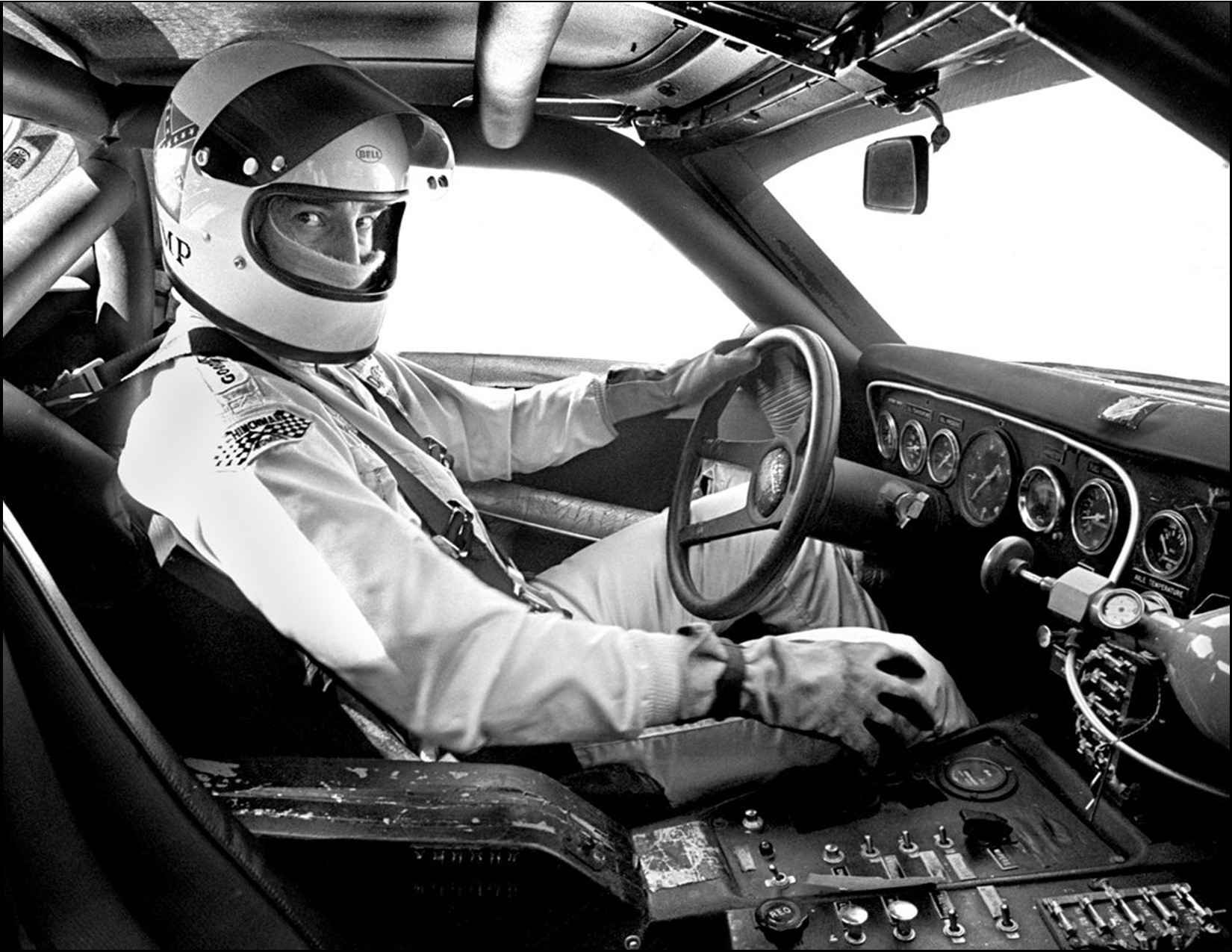 There are currently no tickets available for this event, but you can still make a donation.

Join us for a memorable Dinner and Movie with American Racing Legend Charlie Kemp
which includes a small silent auction of a model of the Winningest Shelby ever, driven by Charlie Kemp!
6:00 pm Cocktails, Meet & Greet
6:45 pm Dinner & Movie on our 22' movie screen. Showing "Ford vs Ferrari" rated PG-13 (due to language that may be considered offensive.)
9:15 pm Re-Introduction of Charlie Kemp including Q & A time.

This event is brought to you by Fordice Construction Company

CHARLIE KEMP – AN AMERICAN RACING LEGEND
Simon Charles Kemp grew up a racer. In 1953, at the age of 16, he started his first race in a ’49 Ford at the Speedbowl quarter-mile dirt track in Jackson, Mississippi, where he came in 3rd and never looked back.
Fords were a constant throughout Charlie’s racing career. In 1956, he started drag racing a supercharged ’55 Thunderbird, which he took to back-to-back state championships, and went on a run of three years unbeaten in any race. In between, he managed to letter in three sports in high school, go on to the University of Mississippi for an MBA, spend eight years in the National Guard, and then have a stint in center field for the semi-professional Hazlehurst Indians. But the big change in his life came in 1963, when he joined the Mississippi Region SCCA, which was followed by a 2nd place in his first sports car race in 1964. He soon bought a Lotus XI and was winning more often than not, and by 1966, he started at the American Road Race of Champions. Although he DNF’d at that event, his driving ability was becoming widely recognized, and it wasn’t long before his competition included names like A. J. Foyt, Mario Andretti, Stirling Moss, Peter Revson, Pedro Rodriguez, Jim Hall, Parnelli Jones, good friend Mark Donohue, and eventual race partner George Follmer. His racing career would extend over more than 30 years, taking him into Can-Am, where he raced a McLaren M8C, Lola T222s, and a Porche 917/10, which took him to a 1st place victory at the 1973 Can-Am Mosport, as well as running in the highly competitive European Interseries, all while managing to win a manufacturer’s title for GM in a Corvette. This was followed by two years (1974–1975) of piloting a Porsche Carrera RSR that was co-developed by Donohue and Pete Hamilton and the Kemp Cobra II Mustang prototype, of a Bob Riley design, for IMSA. (In its ultimate incarnation, this car was so highly developed for speed that it was “outlawed” by the sanctioning body.)
THE “WINNINGEST” SHELBY
The factory competition variant of the iconic Shelby GT350, the GT350 R, was purpose-built for racing, and Shelby American extracted a hefty premium for the ultra-performance it commands. As a result, there were few produced (only 33 according to most sources), and they remain rare today. Chassis 5R538 was built in 1965, although first owner Roger West didn’t take possession until 1966, as noted in the SAAC Registry. West had some real success with it, including winning the SCCA Southeast Division Championship. But as he also started racing a Ford GT40 (number 1070) in 1967, he soon decided to let the Shelby go. Charlie Kemp had seen West race the Shelby and had been impressed. He was ready to move up to something with a little more power, so, in late December 1967, he put down $4,600 cash at Foreign Car Center in Birmingham, Alabama, and took West’s car home, along with a huge quantity of spares. But he got something along with the car that was worth more than everything else put together: Pete Hood, the GT350 R’s mechanic.
Anywhere old racers gather you can hear a story about Pete Hood. As Charlie Kemp says, “Pete is a rather independent cuss if there ever was one,” and as tall as the tales get, they’re probably true. After Charlie’s first race in 5R538 at Montgomery, Alabama, where he both broke the lap record and blew up the engine, “Pete adopted me and the car,” said Charlie, and came on as crew chief.
Proceeds from this event will support the Southern Heritage Air Foundation Museum.
Read more about Charlie & The Winningest Shelby Ever by clicking this link: https://rmsothebys.com/.../r103-1965-shelby.../181814
See Less

You can support us by making a donation!